The title says it all – half healthy/half indulgent whole wheat pancakes, made with oats, buttermilk, and Greek yogurt, with chocolate chips and a hint of cinnamon.

These Cinnamon Chocolate Chip Buttermilk Oatmeal Pancakes were the result of a bad day.

Last Saturday, I was working on some recipe ideas and filming a how-to video for one of my new muffin recipes.  After several hours of work, I discovered that my camera had malfunctioned during filming (my fault, actually, I did something incorrectly by mistake), and the video was unusable.  I wasn’t sure whether to laugh or cry, so after some reassurance from my husband that it was ok and the world hadn’t ended (yet), I went ahead and cleaned up the huge mess I had made in the kitchen and proceeded to fix some pancakes for dinner.

As I began mixing up our favorite oatmeal pancakes, (a bit of consolation for the other failures of the day, haha), I discovered that I was missing some of the necessary ingredients.  So, I threw in a little of this and a little of that.  Then I decided that I didn’t want regular old pancakes.  No, sir, I wanted chocolate chips and cinnamon in mine.  Casey said, “You’re weird”. 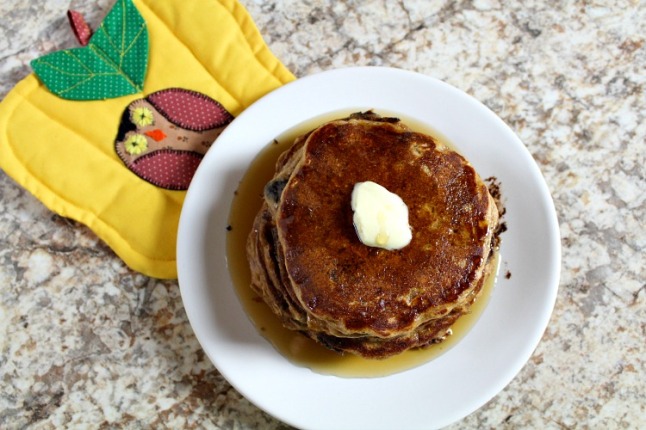 Not weird, genius.  (That’s what I’m claiming, anyway.)  These pancakes turned out to be absolutely delicious.  They’re half healthy, half indulgent (is that possible?) and I enjoyed every bite. 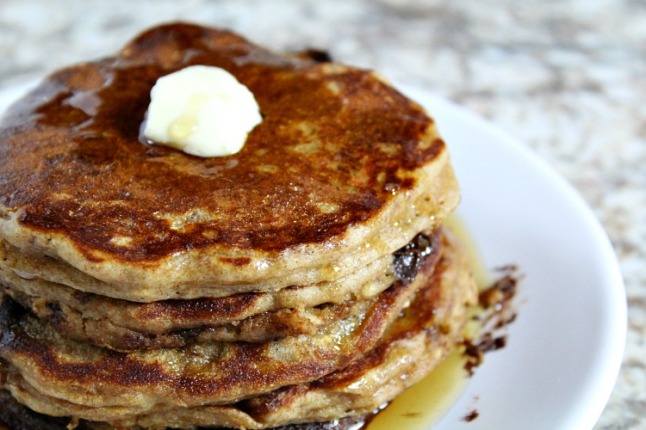 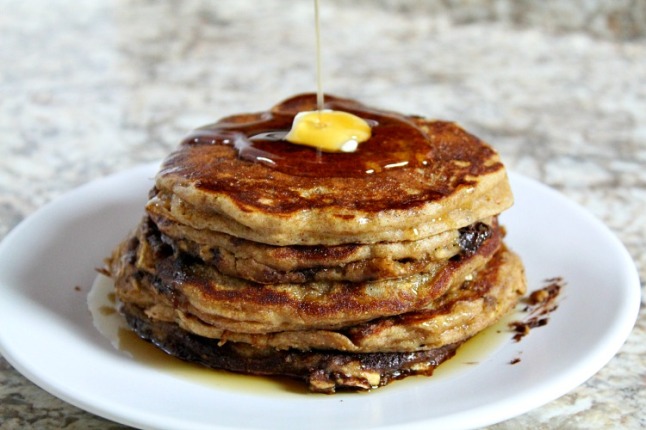